Paige Hershey says that one of the biggest compliments she ever received involved Spring Branch ISD's student athletic trainers.

Hershey, SBISD executive athletic director, said she was talking with one of the district's football coaches about a football program in a neighboring district that doesn't have student trainers.

"(The coach) asked, 'How do they practice without trainers?'" she said, addressing a group of SBISD student trainers last month at Don Coleman Coliseum.

"Sometimes you're so good at what you do that people take you for granted," she said. "But, know that they do appreciate you."

The designation, based on an application process that considers processes, procedures and policies in place in the high schools' programs, positions the schools as (leaders) in sports safety and a community concerned with its student athletes and their care, according to NATA.

NATA defines athletic trainers as a "health care professionals who render service or treatment, under the direction of or in collaboration with a physician, in accordance with their education and training and the states' statutes, rules and regulations."

"Our trainers put in incredible hours and do amazing work, but are a group that works behind the scenes and is never recognized," said Hershey. "I'm very proud of them."

SBISD student trainers work under the direction of certified trainers at each high school.

Hershey said the student trainer program in SBISD is unique in how it operates and prepares students for potential careers in not only athletic training but also other area of health care.

The student trainers this year went on field trips to Texas Lutheran University in Seguin and the University of the Incarnate Word in San Antonio. The trainers have also been to the Houston Ballet, where they first saw the dancers and how trainers help handle their injuries, then stayed for a performance. 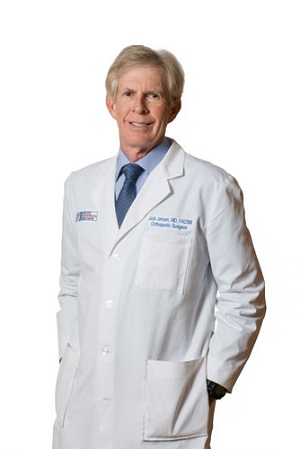 The student trainers were at Coleman that day in March participating in an all-day workshop designed to enhance skills and breadth of knowledge. That day, the trainers studied eye anatomy, got CPR certified, heard from Dr. Jack Jensen of the Athletic Orthopedics and Knee Center (an SBISD team doctor), and participated in a taping contest and team building activities.

Lead district trainer Tyra Harrell of Spring Woods High School said the day promotes not only training but a district standard, so that student trainers at each campus learn and know the same procedures – and where the equipment is on every campus.

The workshop provides a "standard of information" for the trainers, Harrell said, and is also a team-building day.

NATA defines an athletic trainer as a "health care professional who render service or treatment, under the direction of or in collaboration with a physician, in accordance with their education and training and the states' statutes, rules and regulations," according to their website.

SBISD student trainers work under the tutelage of certified trainers at each high school.

Early in the afternoon of the training day, the student trainers participate in one of those team-building exercises. A group of four students are asked a question from that day's training. Given the command to "go", they place their foreheads on the end of a baseball bat and spin around five times, then race a short distance toward a colored ball that represents their team. The first one to pick up their ball gets to answer the question for the win. If that person can't answer another competitor gets a chance.

It's big fun and the student trainers enjoy themselves, and like the athletes they support the trainers are pretty competitive. But the exercise has an underlying purpose – to demonstrate that a trainer has to stay focused regardless of external factors.

The day ends with the awarding of both post-secondary scholarships and scholarships to a summer sports medicine camp.

The designation is for three years, through 2021.